Fisky is a Poet, Rapper, Public Speaker and founder of Mind Over Matter.

Fisky started MoM the day he got sober after a twenty year battle with depression and addiction. Since then, he has watched it become the platform he never had. The event has helped people with depression, addiction, anxiety and often opening difficult conversations. Growing organically, MoM has collaborated with Tedx, The Lost Lectures, The Tavistock & Portman and in April 2019 Fisky and Miss Yankey hosted their first international event in Melbourne, Australia.

Fisky is currently recording his second album ‘Cheaper Than Therapy’ due for release in late 2019. His work has been featured on BBC Radio 6, BBC Radio London, Fubar Radio, ITCH FM and many more. He has worked with the BBC and delivered speeches at The London Academy of Excellence and ITV.

Writing has always been Fisky’s therapist. He draws on his twenty years lived experience with depression and addiction to raise awareness, let people know they aren’t alone, process his own struggles and project positive energy.

A British/Ghanaian writer and performance poet, Miss Yankey captivates people with her honest and heartfelt poetry which she often uses to advocate for the oppressed and silenced. She has captured the attention of audiences at London’s Royal Albert Hall, Trafalgar Square, Whitehall, Parliament Square, the Tate Modern Gallery, the BBC, the Tower of London, Althorp Literary Festival, and Field Day to name a few.

So far this year Miss Yankey has taken her poetry to Melbourne, Paris, Madrid, and Amsterdam impressing audiences as she goes. Miss Yankey began writing poetry as a child and carried this love of writing into adulthood. Learning about the therapeutic benefits of poetry and creative writing, she founded Poetry Prescribed in 2017 which facilitates workshops in support of mental health and well-being,

An International Slam Champion, co-host and resident poet at The Chocolate Poetry Club, open mic host at Mind Over Matter, and member of London’s unrivalled FLO Poets; the Summer of 2019 sees the release of her anticipated book “More Than a Machine” – an honest account of one woman’s experience with mental illness. The poems in her candid collection express pain through relatable poetry – from dealing with anxiety, depression and PTSD, to sharing the heartbreak of losing loved ones to mental illness. 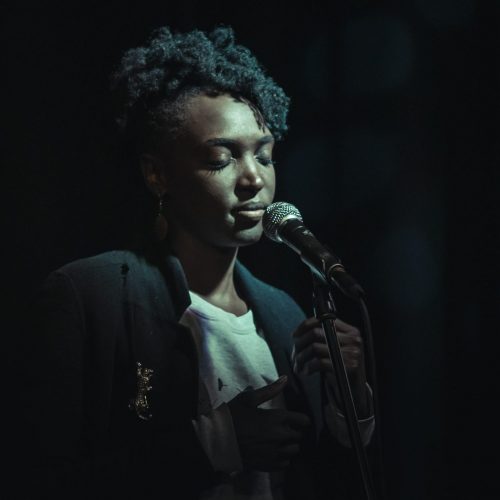 FloPoet Becksy Becks is a lover of words and an appreciator of sounds. Her three main pillars, Laughter Love and Literature, are the main driving force behind everything she does on planet Earth. To best describe Becks Becks is to call her a poet by passion, dancer by daydream and awesome by everything else. 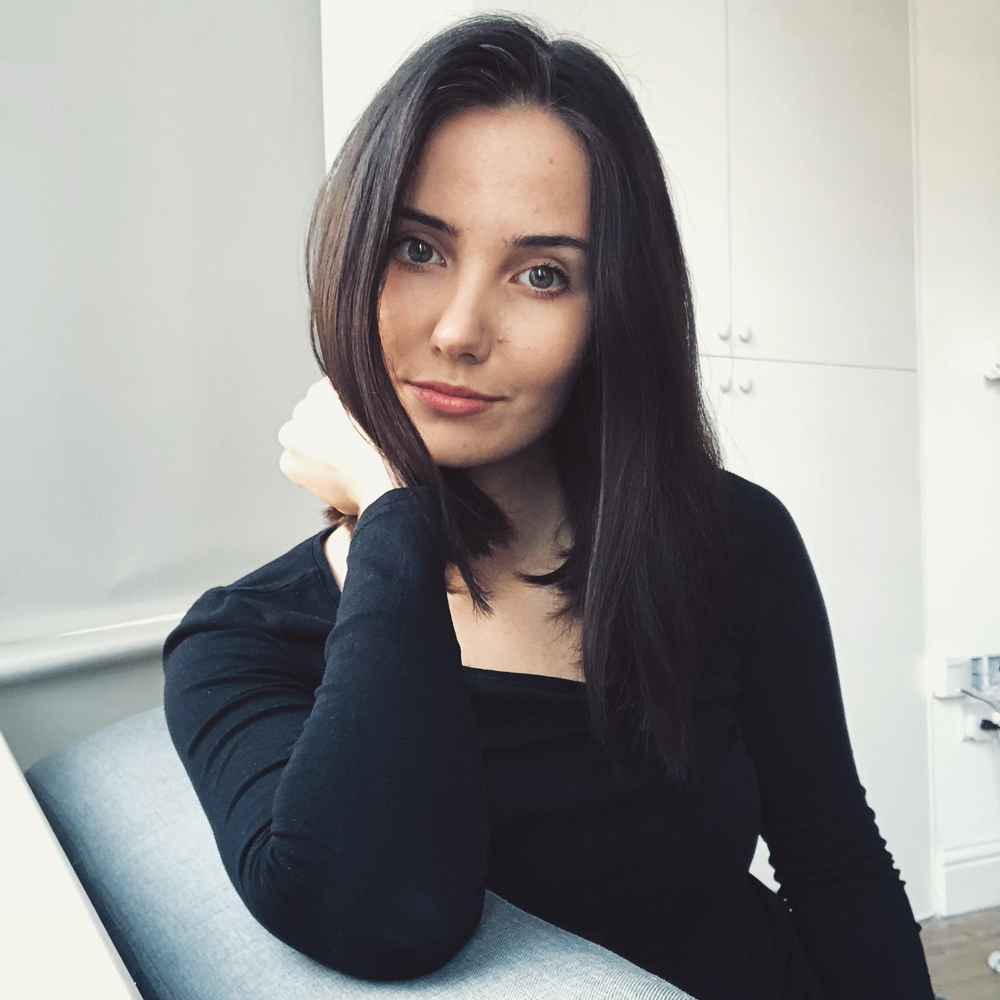 Anna Sinski is a BACP-accredited integrative psychotherapist, a published poet and a spoken word artist. Writing poetry since she could hold a pen, she uses her pieces for expression and healing, but also to raise awareness of various issues including mental health. A lot of her poetry relates to her own experiences with grief, anxiety and disordered eating. Creative self-expression is also something she uses as part of her integrative approach to therapy.

Anna will be attending as many events as she is able, to provide support and advice should any of our audience members be triggered by any of the subjects that come up during performances. MoM is a recreational space with therapeutic benefits and we believe having Anna as part of our team makes the safe space even safer.

Anna has a small therapy private practice in central London and online, where she helps individuals dealing with various mental health issues: https://annasinski.com/

Manchester born and bred, Lucy has bounced around the Northern creative scene for the best part of the last decade.

As an actress, teacher and poet, she has dedicated herself to projects and organisations that bring people together to express themselves through the performing and visual arts.

Lucy is also an advocate for invisible disability awareness, after an undiagnosed chronic illness led to an extended spell in hospital during the summer of 2019.

Lucy leads her life believing that strength is found in adversity and that creativity is a potent tool anyone can access to deal with trauma. 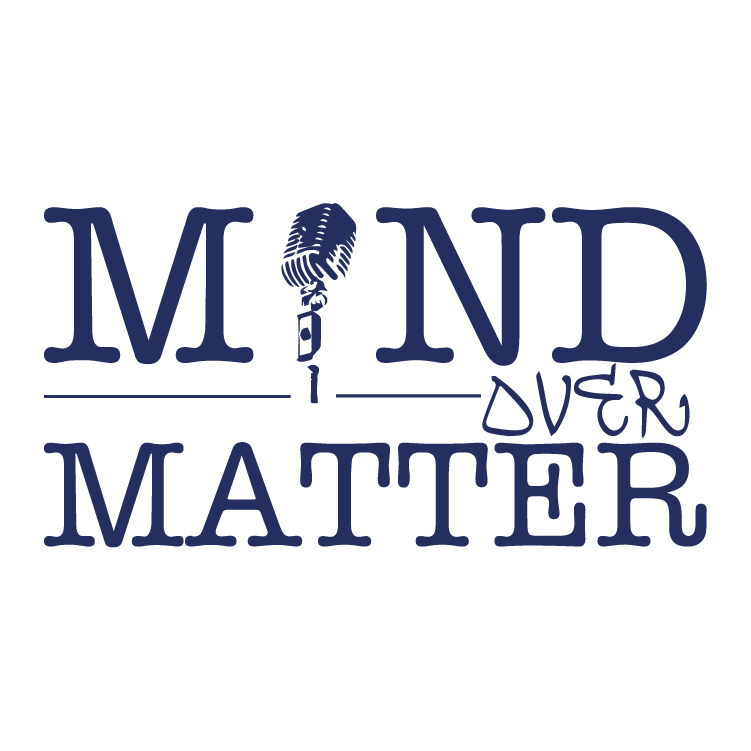 Bio
My name is True, I am an intuitive empath, healer and survivor of abuse. I am also clairsentient and claircognizant . I believe that energy is everything and knowledge gives us the power to direct our path, however it looks at present.

Understanding energy has allowed me to embrace my spiritual gifts, heal my mind, body and soul and reclaim my power and I would love to share these gifts with you. I am incredibly passionate about healing and I believe that a true healer provides you with the information and tools to heal yourself.

I also believe that when you heal yourself, you heal those connected to you. I offer healing through different techniques ( detailed below ) and I invite you to get in touch if you have any questions at all. In the meantime I look forward to walking with you on your journey of healing.
Sending love + peace, always x
@lxvetrue
@healandvibe
Healing modes
Psychic Readings : Oracle + tarot cards provide the gift of connecting to source and tapping into specific energies for intuitive guidance. You may ask questions for clarity on particular situations in your life or you may use these tools to better understand the energy available to you and how to work with it in a way that aligns you with your higher self. Readings are provided via a private YouTube link so you may revisit your reading whenever you feel called to.
Breathwork : Tantra breath work helps to induce relaxation and guide you into a state of meditation. Specific breathing techniques can also be used to re wire the subconscious mind, reduce anxiety and sharpen intuition and memory. Kundalini awakenings are a possible result of practicing these techniques and will be discussed at consultation stage.
Yoga : Tantra yoga heals the body which in turn  aids in the healing of the mind and spirit. Yoga and breath work combined allows you to release trauma that has been stuck in the physical + energetic body. Yoga also aids flexibility and growth on and off the mat as well as improving overall health and well being.
Instagram 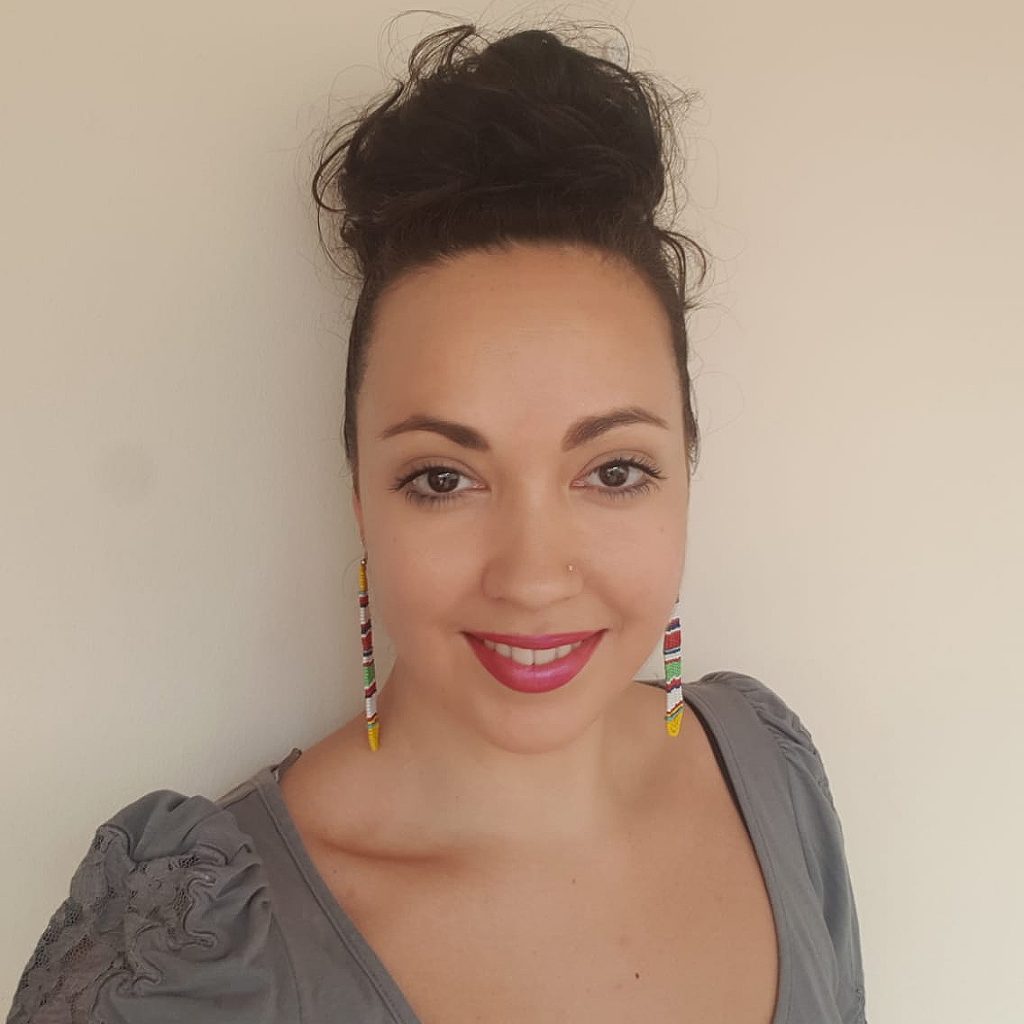 Kat has been a qualified Nutritional Therapist for 5 years, during which time she has also learned to formulate natural skincare products and taken on further study in Naturopathy and Herbal Medicine which she will complete in 2022.

She is passionate about helping people improve their health through evolution of their diet and lifestyle, believing firmly that education is the first and most crucial step. Working with Kat you will not simply receive a meal plan or instructions, you will learn how foods and habits interact with your internal environment which will then motivate you to make improved choices from a place of confidence.

The daughter of two mental health nurses and someone who has experienced mental health challenges herself, Kat is particularly passionate about the relationship between physical health and mental health, seeing them as not only intertwined but completely inseparable. On numerous occasions clients have started their journeys with Kat seeking support with a physiological issue and found that a positive ‘side effect’ of evolving their nutrition & lifestyle has been an improvement in their mental health also.

Kat first came to Mind Over Matter as an open mic act, then later joined the team as Front of House for our North London events. Now that the lockdown has invited us to expand and shift more of what we do online, Kat will be sharing content about nutrition, herbal medicine, lifestyle and mental health on our platform. If you have any queries about her natural skincare products or would like to book a nutrition consultation you can contact Kat at bodyscienceworks@gmail.com or follow her personal Instagram account @superlative_e_s_t 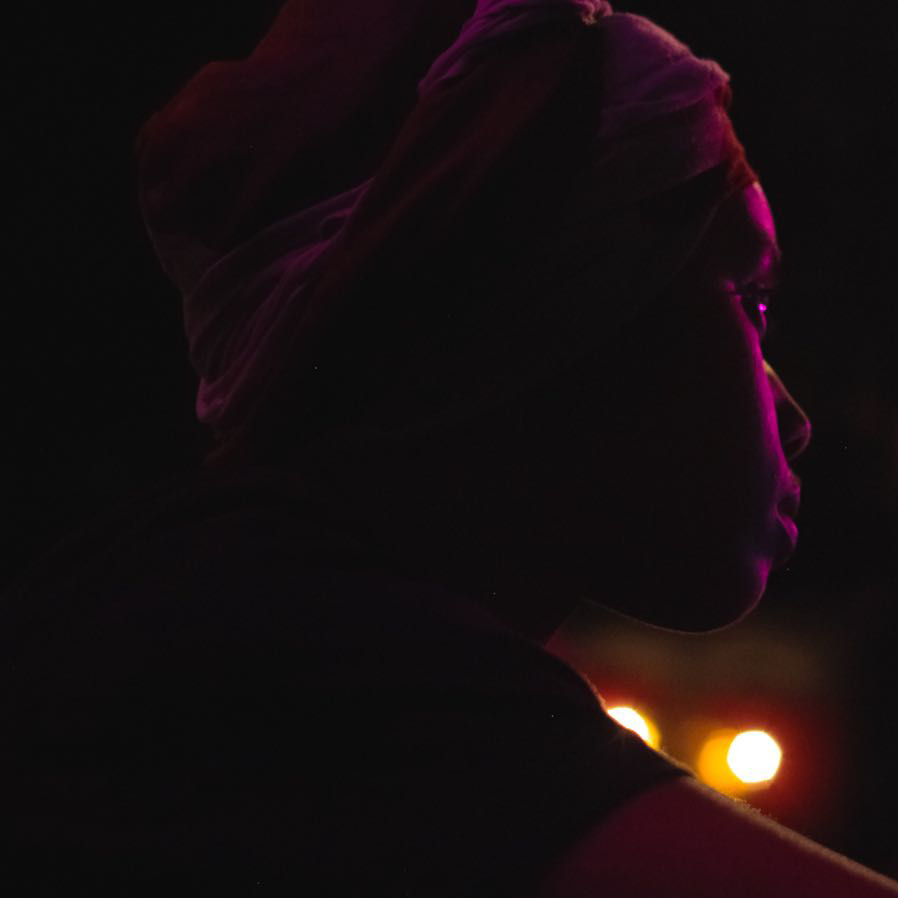 From education inequality and hierarchies to housing issues and gentrification, highlighting injustice and stigmatisation in today’s society is of great importance to Amanda. Primarily working with traditional film photography, she responded to a videographer ad for the first Mind Over Matter show with the intent of showcasing an alternative representation of mental health. This topic is particularly taboo in the African Caribbean community she grew up and resides in.

Amanda currently teaches English (and a bit of maths!) and aims to help set up an alternate education provision for young people who have not found the British education system a good fit. She continues to support the Mind Over Matter movement and its ethos through filming events. 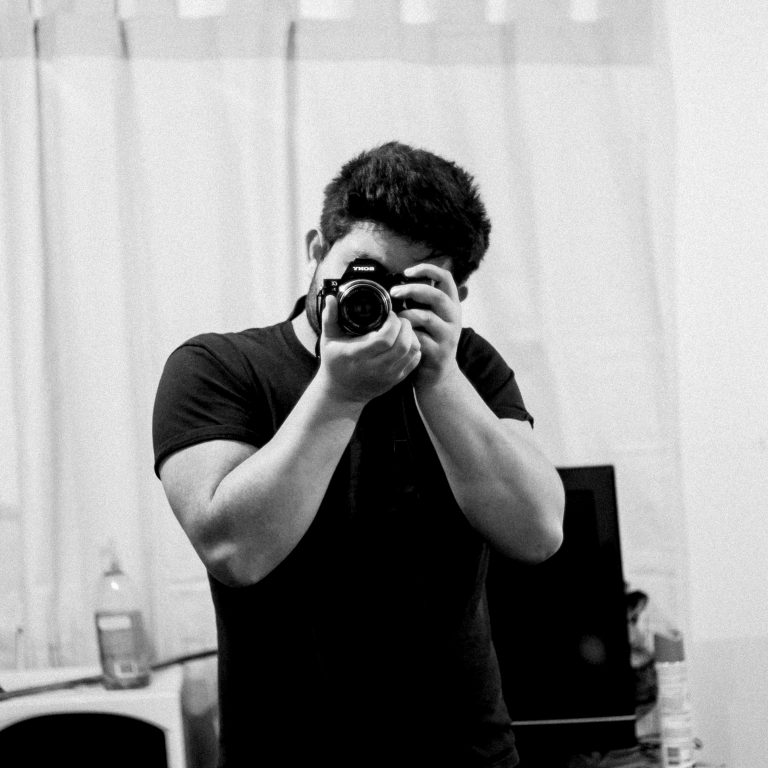 Alex is our website developer and a professional graphic designer, photographer and music video director also. He has had his work published on every side of the earth, from SBTV and GRM Daily to Playboy Magazine and Motortrend.